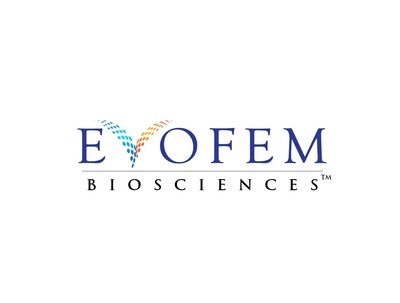 "We have made significant progress this quarter in our clinical programs evaluating Amphora for critical areas in women's health where current options are either insufficient or absent entirely," said Saundra Pelletier, Chief Executive Officer of Evofem. "The last patient visit in the AMPOWER study of Amphora for the prevention of pregnancy is scheduled for this week. This will allow us to proceed with data analyses and keeps us on track to announce top-line results in December of this year, which is a major milestone for Evofem."

"Assuming positive results, Evofem will re-submit the Amphora New Drug Application in the second quarter of 2019.  Pending FDA approval, we expect to launch Amphora in January 2020 as the first and only non-hormonal, on-demand, woman-controlled prescription birth control method in the U.S."

If approved, Amphora will be the first innovation in birth control brought to market since the vaginal ring and transdermal patch in 2001.

The Company believes Amphora is the appropriate birth control for many of the 16.5 million women in the U.S. who are not using any form of birth control but do not wish to get pregnant - a population which has indicated significant demand per the Company's market research.1 Women who quit their reversible contraception and do nothing for birth control but continue to be sexually active have an 85 percent risk of becoming pregnant within a year.2

Total other expense was not significant in the third quarter of 2018, compared to $65.0 million of total other expense in the prior year quarter, which included noncash losses on the issuance of Series D redeemable convertible preferred stock (Series D) and for the change in fair value of the Series D liquidation preference in 2017. As a result, net loss attributable to common stockholders was $18.4 million, or $(0.71) per share, for the three months ended September 30, 2018, compared with a net loss of $75.1 million, or $(38.31) per share, for the prior year quarter.

Research and development costs were $33.6 million versus $12.3 million in the prior year period. The increase was driven primarily by a $17.0 million increase in clinical trial costs related to AMPOWER and AMPREVENCE and a $2.6 million increase in noncash stock-based compensation associated with equity grants during 2018.

General and administrative costs were $29.0 million versus $8.0 million in the prior year period. The increase was predominantly due to one-time, merger-related costs of $4.3 million incurred in the first quarter of 2018 and $12.4 million of noncash stock-based compensation associated with equity grants during 2018.

Unrestricted cash was $12.1 million at September 30, 2018, as compared to $22.8 million at June 30, 2018.  With the treatment and follow-up phase of the AMPOWER study now complete, the Company expects its quarterly cash burn will decrease to approximately $7 to 9 million during the fourth quarter of 2018.

Subsequent Material Event
On November 6, 2018, the compensation committee of Evofem's Board of Directors approved the grant of 94,000 stock options, in aggregate, to four new employees as an inducement material to the employees' acceptance of employment with the Company, in accordance with Nasdaq Listing Rule 5635(c)(4). These stock options were granted pursuant to the Evofem Biosciences, Inc. 2018 Inducement Equity Incentive Plan.  Evofem uses employee equity awards, including the inducement awards described herein, to attract new employees and to retain and motivate current employees. The stock options have an exercise price of $3.88, which was the closing price of Evofem's common stock on the date of the grant. The options will vest over a four-year period, with one-fourth vesting on the first anniversary of the employment start date and the remaining three-fourths vesting over the next 36 months in equal monthly installments subject to the employee's continued service with the Company.

Conference Call
As previously announced, the Evofem management team will host a conference call to discuss its financial results and business highlights as follows:

About Amphora
Amphora® (L-lactic acid, citric acid and potassium bitartrate) is an investigational Multi-Purpose Vaginal pH Regulator (MVP-R) designed to regulate vaginal pH within the normal range of 3.5 to 4.5. This maintains an acidic environment which is inhospitable to sperm as well as certain viral and bacterial pathogens associated with sexually transmitted infections, but is integral to the survival of healthy bacteria in the vagina.

Evofem expects top-line data in December 2018 from AMPOWER, its Phase 3 clinical trial evaluating Amphora for the prevention of pregnancy. This single-arm, open-label trial enrolled approximately 1,400 women aged 18-35 who are at risk of pregnancy at 112 centers in the United States. The primary endpoint of the study is the contraceptive efficacy of Amphora over seven cycles of use.

The Company is actively enrolling AMPREVENCE, a double-blinded placebo-controlled Phase 2b clinical trial of Amphora to prevent urogenital acquisition of Chlamydia trachomatis (primary endpoint) and Neisseria gonorrhea (secondary endpoint) in women.  This study is designed to enroll 844 women at approximately 50 centers in the United States for a four-month interventional period and subsequent one-month follow-up period.

Chlamydia is the most frequently reported bacterial sexually transmitted infection in the U.S. The CDC recently reported that domestic rates of gonorrhea and chlamydia have climbed for the fourth consecutive year.  Nearly 2.3 million U.S. cases of these STDs were diagnosed in 2017, according to preliminary data, an increase of over 200,000 cases as compared with 20163. There are currently no FDA-approved products for the prevention of chlamydia or gonorrhea.

About Evofem Biosciences
Evofem Biosciences, Inc., (NASDAQ: EVFM) is a clinical-stage biopharmaceutical company committed to developing and commercializing innovative products to address unmet needs in women's sexual and reproductive health. Evofem is leveraging its proprietary Multipurpose Vaginal pH Regulator (MVP-R) to develop product candidates for multiple indications, including the prevention of pregnancy, the prevention of urogenital transmission of chlamydia and gonorrhea in women and the prevention of recurrent bacterial vaginosis. For more information regarding Evofem, please visit www.evofem.com.

Amphora® is a registered trademark of Evofem Biosciences, Inc.

Forward-Looking Statements
Statements in this press release about Evofem's future expectations, plans and prospects, as well as any other statements regarding matters that are not historical facts, may constitute forward-looking statements within the meaning of The Private Securities Litigation Reform Act of 1995.  These statements, include, but are not limited to statements regarding objectives, plans and strategies that address activities, events or developments that the Company intends, expects, projects, believes or anticipates will or may occur in the future; statements about the anticipated results of the Phase 3 clinical trial evaluating Amphora for birth control and the Phase 2b clinical trial of Amphora to prevent urogenital acquisition of Chlamydia trachomatis and Neisseria gonorrhea in women, and any expected completion dates or general timing for these clinical trials. These statements are often characterized by terminology such as "believes," "hopes," "may," "anticipates," "should," "intends," "plans," "will," "could," "would," "expects," "estimates," "projects," "positioned," "strategy" and similar expressions and are based on assumptions and assessments made in light of management's experience and perception of historical trends, current conditions, expected future developments and other factors believed to be appropriate. Forward-looking statements are not guarantees of future performance and are subject to risks and uncertainties, many of which are outside of the Company's control. Important factors that could cause actual results, developments, and business decisions to differ materially from forward-looking statements are described in the sections titled "Risk Factors" in the Company's filings with the Securities and Exchange Commission (SEC), including its Quarterly Report for the period ended March 31, 2018, as filed with the SEC on Form 10-Q on May 14, 2018, and include but are not limited to the following:  the Company's ability to raise the additional funds necessary to commercialize Amphora as a contraceptive and/or to complete the development of Amphora to prevent urogenital acquisition of Chlamydia trachomatis and Neisseria gonorrhea in women;  the Company's reliance on third parties to conduct its clinical trials, research and development and manufacturing; the availability of reimbursement from government authorities and health insurance companies for the Company's products; the impact of potential product liability lawsuits; the influence of extensive and costly government regulation; the volatility of the trading price of the Company's common stock, and the concentration of power in its stock ownership. Forward-looking statements in this press release are made as of the date of this press release, and the Company undertakes no duty to update or revise any such statements, whether as a result of new information, future events or otherwise. These forward-looking statements should not be relied upon as representing Evofem's views as of any date subsequent to the date hereof.  We have included certain information from government publications and general publications and research, surveys and studies conducted by third parties.  This information has been obtained from sources believed to be reliable, although they do not guaranty the accuracy or completeness of such information.  We have not independently verified market and industry data from any third-party sources.